How To Repair Damaged Audio in Post-Production 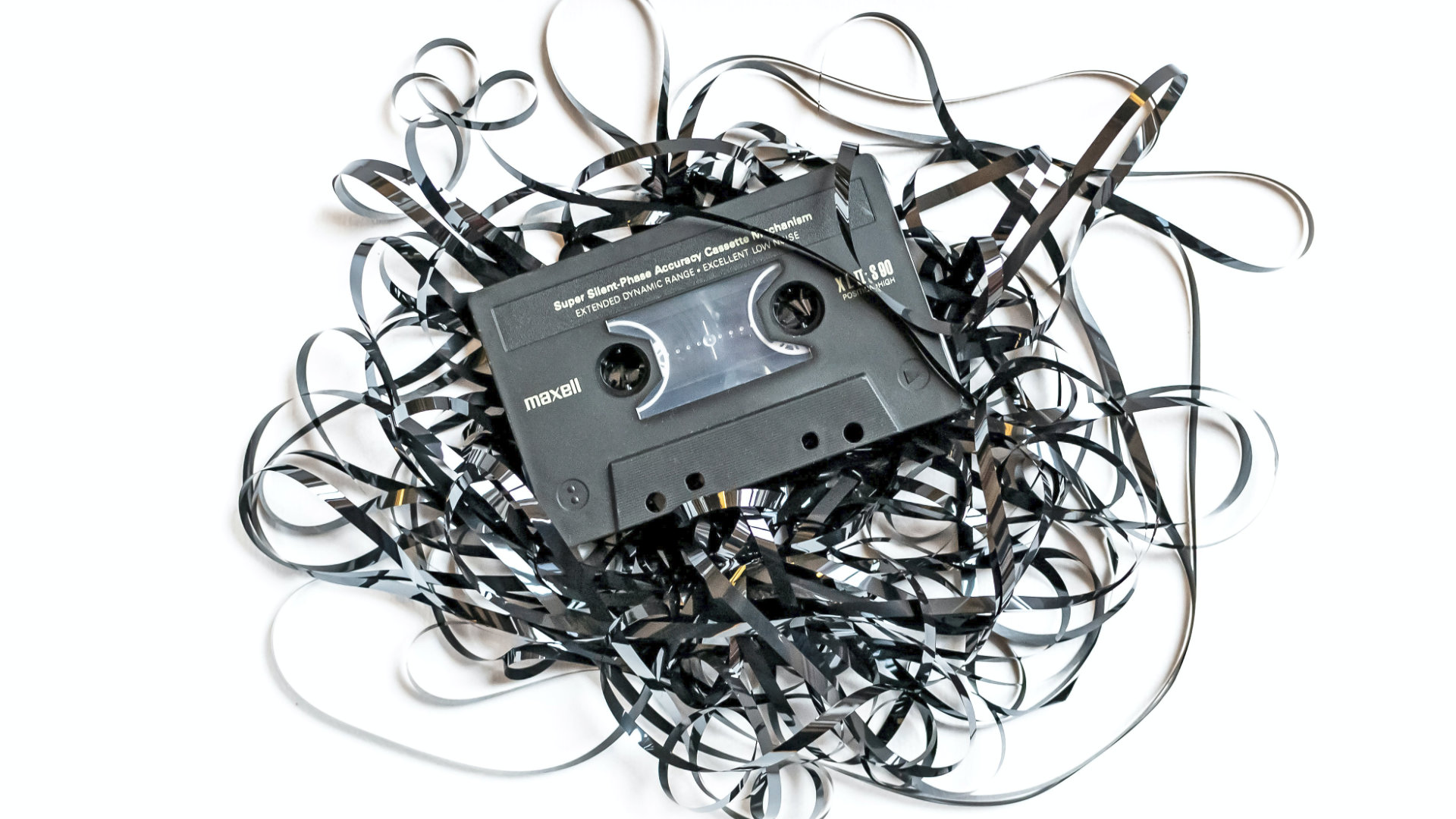 If you go into it with that mindset, you’re much more likely to succeed (and you will). That’s why I’m going to teach you how to repair damaged audio in post-production.

Maybe one of your lavalier microphones was rubbing against your subject’s jewelry.

Maybe things got too loud for a moment and your audio CLIPPED!!

Regardless, I guarantee you that you can save the day if you equip yourself with the appropriate audio restoration tools. In 2022, we have the technology to do just that.

So, I’ll definitely be talking about some of my favourite audio restoration plugins.

I’ll also be giving you some common “audio disasters” and what you can do to fix them.

You’ll find LOTS of audio restoration plugins on the market.

Some of these tools serve a specific purpose while others include a collection of tools that you can use for a variety of different situations.

For example, RX 9 by iZotope is one of the industry standards when it comes to audio repair.

It’s considered a “spectral denoiser” because it analyzes and corrects damaged audio on a spectral level. It’s like breaking open your audio and accessing its DNA.

It also leverages the power of machine learning to make the process easier for you.

However, some situations might require even more precision which is when you’ll need an advanced spectral editor like SpectraLayers 8 from Steinberg.

This one allows you to modify spectra using the same tools that you would expect to find in any photo/graphic manipulation software (pencil, eraser, etc…).

It’ll give you much more control over the end result, but it requires some serious patience!

I personally started working with SpectraLayers and can’t recommend it enough.

Pretty cool, right? It’s an extreme example, but it just goes to show you what’s possible!

Now, we started with some of the more advanced audio restoration plugins.

For the most part, you won’t need to spend that much time (or money) to repair damaged audio. It just depends on the type of damage we’re talking about.

If you’re dealing with “common” audio problems, a suite of plugins like Accusonus ERA 5 Bundle could get the job done in record time.

It includes all the essentials like a denoiser, de-reverb, de-clipper, etc…

I work with the ERA 5 Bundle quite often and it’s made audio post-production MUCH simpler because of its one-knob style plugins.

So, what else could you possibly need?

Well, there are definitely many more options to choose from, but you can get 99.9% of what you need to get done with the 3 plugins I’ve just introduced you to.

If you ask me though, I’d start with the ERA 5 Bundle since it’s the most affordable.

It also has all the audio restoration tools you’ll need to get started.

7 Common Audio Problems and How To Fix Them

I put background noise as #1 because it’s definitely the most common audio problem.

Most of the time, it’s simply something we cannot avoid as sound mixers/recordists.

That being said, it’s definitely one of the easiest audio problems to fix if your sound recording technique and equipment are halfway decent.

If you recorded outdoors, you’ll have to accept the fact that you can’t remove 100% of it.

However, I’ve had some pretty amazing results that were close to 100% with the Denoiser from Accusonus ERA 5 Bundle (quick tip: I layer multiple Denoiser plugins to get better results).

It’s also possible to use your DAW’s expander plugin (if it has one) if you’re really on a budget.

It might actually be the best choice in cases where the denoiser plugin gives you worse results.

If you recorded indoors though, it should be easier to get great results with a denoiser plugin. Just make sure to NEVER use noise gates (they’re terrible and make things sound worse).

It’s possible that the room/space you recorded in has WAY too much reverb.

That’s usually the case when you record in large, empty venues. Now, the preventative measure would’ve been to place some moving blankets in strategic areas of the room.

However, it’s not always possible and the budget doesn’t always allow for it.

So, this is where I’d use the De-Reverb from the Accusonus ERA Bundle.

I haven’t found any better tools that solve the problem in less than a few seconds. Just make sure not to overdo it and your audio should still sound plausible!

Quick tip: I would add some light reverb to “mask” any inconsistencies after the treatment.

If your entire recording is clipped, I can’t promise that any of this will work.

However, if we’re only talking about a few moments of light clipping, you should be able to fix it with the De-Clipper from Accusonus ERA 5 Bundle.

This can happen during interviews, for example, when someone laughs or yells.

The preventative measure would be to record in 32-bit float (if your recording device has the ability).

Other than that, setting your levels to peak around -18 dB would definitely help and your recording device most likely also has an onboard compressor/limiter that you can use.

If not, then Accusonus ERA 5 Bundle saves the day again!

In this case, I’m not just talking about clicks and pops from not using a pop-filter/windshield.

I’m also talking about noise that results from a lavalier microphone rubbing against something or any other unpredictable scenarios when using clip-on mics.

It’s #4, but clicks and pops are definitely the most destructive audio problem on this list.

You can try using the Plosive Remover from the Accusonus ERA 5 Bundle, but it’s possible that it won’t get you the results you were looking for.

That’s when you’ll need an advanced tool like SpectraLayers from Steinberg.

It’ll require ultimate precision but as you can hear from the example in the previous section, it’s definitely possible to fix it.

Muffled audio is much more of an issue with lavalier microphones.

It’s not that difficult to deal with if you’ve got some type of dynamic EQ.

If you’re on a budget though, you can also use a multiband compressor.

You’ll need at least 2-bands and you’ll want to focus on the high-end.

It’s not really that big of an issue because you should expect it.

You’ll rarely find someone that speaks in a leveled, monotonous voice.

However, it becomes more of an issue when you have different parts of your recording at different amplitudes. Maybe you made level adjustments during the take?

If you’re using a recording device like the Zoom H6, it could happen by mistake…

For example, your volume knob can get hooked on something and move around.

Not to worry though because we’ve got the Voice Leveler from Accusonus or any other type of compressor you currently have access to if you’re not exclusively dealing with voice.

Just make sure to use this AFTER denoising (or it’ll make it worse).

Depending on the type of microphone and on your subject, you might have to deal with sibilance. Most of the time, it’s the “s” that get it the worst.

It’s such a common problem that they invented a plugin for it called a de-esser.

You can think of it as a compressor that focuses on a specific range of high-frequencies.

Personally, I think any de-esser will do the trick, but the one included in the Accusonus ERA 5 Bundle sounds really good.

Summary: How To Fix Bad Audio Quality in Post-Production

Do you believe me now? If nothing else, I hope that you have more confidence after reading this post.

When I found out about SpectraLayers by Steinberg, I was so much more confident to go back into the field and make mistakes.

Not because I want to make mistakes, but because I know I can fix them if I do!

Having an excellent set of tools will work wonders for you as well, especially if you’re just getting started.

Of course, I highly recommend improving your sound recording techniques and equipment as soon as possible. Ideally, you don’t want to be relying on any of these tools.

However, some of them are going to be essential no matter how hard you try.

That’s why I definitely recommend getting your hands on Accusonus ERA Bundle 5 (there’s a FREE trial).

I guarantee that you’ll often be dealing with background noise (especially outdoors), unequal levels and sibilance. If anything, get yourself the tools to deal with that.

So, I’m curious… What have been some of the worst audio problems you’ve dealt with (and how)?

Please share your stories in the comments and feel free to ask any questions there as well!