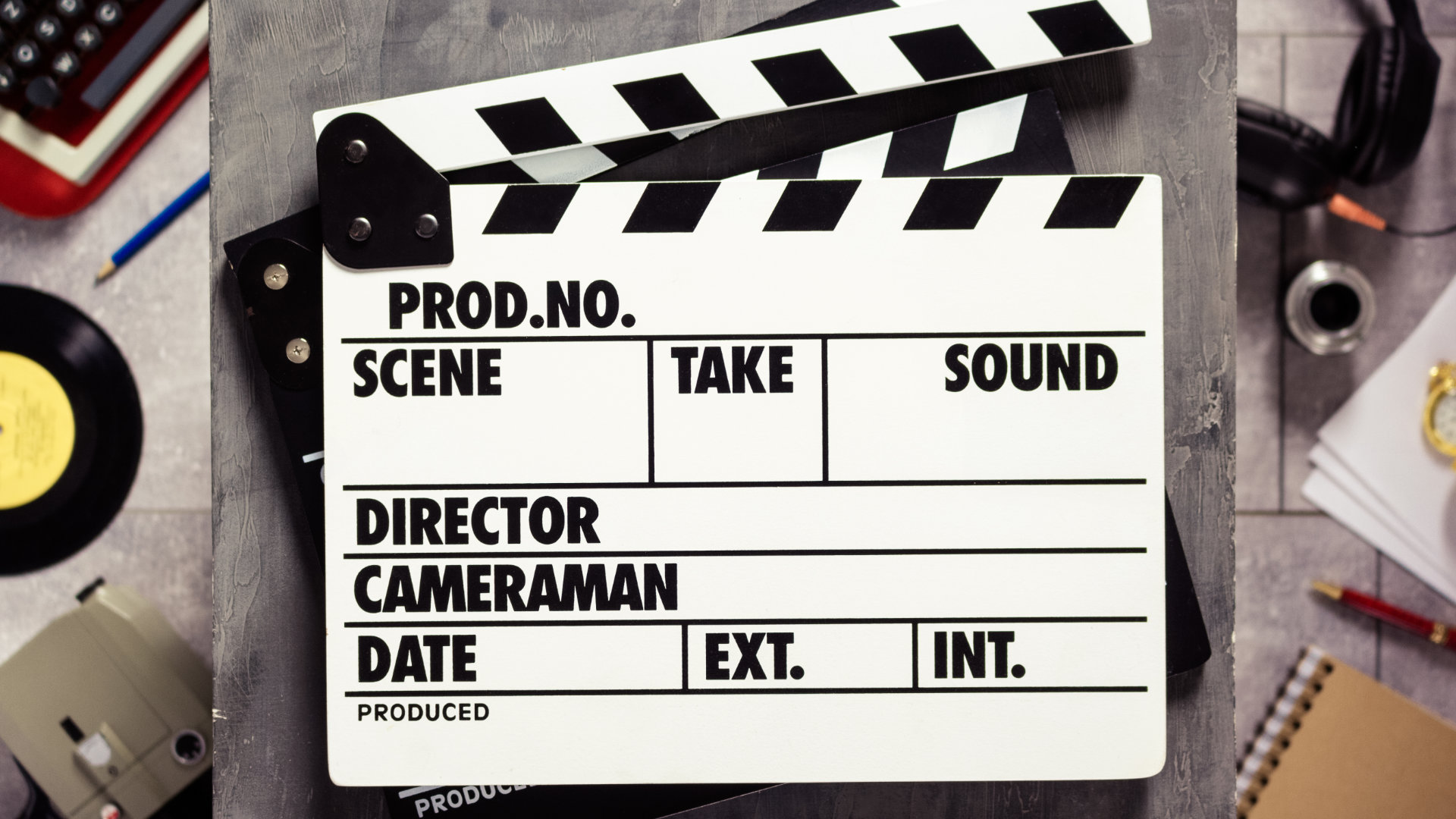 When we’re talking about film… It’s either “go BIG or go home”. Those were the words of Hans Zimmer during one of his interviews. He also said that “if you take this music thing seriously, you want to have a serious bag of tricks”.

That’s why you need the best sample libraries and software instruments for film scoring.

It’s one of the most important sets of tools you’ll be working with.

It’s also one of the biggest investments you’ll be making for your music career.

That being said… Let’s save you some time, energy and resources with these plug-ins:

If you haven’t heard of Composer Cloud by EastWest Sounds, then you’ve most likely been sleeping under a rock! It’s only one of the most popular tools used by film composers.

Composer Cloud will save you LOTS of money since it’s a subscription service.

Purchasing each library in the EastWest catalog would cost you over $14,000!!

You’ll only be paying $19.99 per month for ALL OF IT if you use Composer Cloud.

Do the math… It would take you almost 60 years worth of Composer Cloud to actually purchase each instrument individually.

Even then, that doesn’t include any new additions that EastWest might be releasing over that timespan. So, it’s well worth the $19.99 per month.

However, it’s worth noting that you may not use every single library.

I personally use these ones (almost daily):

There’s much more than that, but even this amount makes the subscription worth it!

However, there are some disadvantages to using EastWest instruments. I’ve started to notice these as I began using their sample libraries more and more.

The PLAY-engine doesn’t sync the tempo to your DAW, so you’ll need to do some work here.

The only solution would be to “bounce in place” and use your DAW to change the speed/tempo.

It isn’t a huge issue, but it makes lots of sounds unusable (if you’re pressed for time, that is).

To elaborate on these issues, there’s another issue that relates to this one. The PLAY-engine doesn’t adapt very well to different types of sample libraries.

However, percussion one-shots are very difficult to identify since there’s no labeling.

In other words, you’ll need to learn each instrument by-ear.

Sound design elements, on the other hand, can get quite confusing.

You’ll need to run into this issue yourself to fully understand what I’m talking about here, but it’s nothing drastic. You’ll just need to develop your own solution/workflow for these types of tools.

The last issue I’d like to address has to do with the timing of certain samples.

This is especially noticeable when it comes to strings and brass.

You’ll either need to manually pull-back your MIDI a few ticks (if you quantize) or apply that same modification to your track globally (the preferred approach).

However, it really becomes an issue when certain samples (at different velocities) aren’t aligned with the others on that same “note”.

It may sound great when you perform the part, but if you quantize it’ll actually sound out-of-time.

That’s why I believe that the PLAY-engine still has some bugs to work out.

The only workaround here would be to manually adjust each MIDI note or to simply perform your parts to perfection (both would require more skill and time).

Now, I simply had to bring these three issues up.

The rest of Composer Cloud is perfect though!

I mean, I wouldn’t be using it daily if it wasn’t and certainly wouldn’t have added it to this list. I believe the product speaks for itself and you have NOTHING to lose by trying it out.

Here’s an example of one of my tracks that uses Composer Cloud:

I only recently found out about Arcade by Output, but I’m SOLD!!

I was actually looking for a plugin that could handle risers, hits and other sound effects.

The only decent plugin on the market seemed to be Rise and Hit by Native Instruments.

However, it costs $199.99 which is fine I guess, but I wanted something more affordable for now.

Arcade is basically a sampler, but it’s also so much more than that.

Output releases new content all the time and it’s all happening inside the Arcade plugin.

I prefer this much more than services like Splice and LANDR Samples because:

That last point is SUPER important if you’re licensing music for TV and film.

It’s clearly stated in the Terms and Conditions of both Splice (Section 12) and LANDR that they don’t actually manually screen the content being uploaded to their platforms.

That basically means there are NO GUARANTEES it’s legitimate.

Sample packs are constantly being removed from these platforms AFTER the fact.

However, the samples/loops from Arcade are personally curated by Output (meaning that there aren’t any 3rd parties involved) so you can use them WORRY-FREE.

In essence, you have a peace of mind and an all-in-one solution with impressive functionality.

I also forgot to mention that Arcade is subscription-based at 9.99$ per month.

It’s also free for the first 30-days so you have NOTHING to lose by trying it out.

I could spend hours talking about it, but you’ll just need to try it yourseld to understand its power.

If you’re into film scoring though, here are the “lines” (sample packs) I use:

It’s everything you’ll ever need for the sound design aspect of your tracks.

Hear it for yourself in one of mine:

If we’re talking about keys, then you only need one plugin… Arturia V Collection 7. I can’t think of any instrument that uses keys that isn’t part of this massive keyboard collection.

I literally don’t use anything else, even if I have the option.

Arturia V Collection 7 isn’t sample-based like the other plugins we’ve covered. It’s actually a software instrument that emulates the sound of each instrument it models.

It’s state-of-the-art because I can’t tell the difference between the real thing and the plugin.

However, it’s really the massive collection of synthesizers that’ll interest you most if you’re into film scoring. Forget about owning any physical hardware synths, you’ll have it all!

From low-frequency rumbles to cinematic soundscapes, it’s got everything you need!

The Arturia V Collection is pretty expensive though…

That being said, I actually rented to own it. That’s only possible through Splice.

That means you can own this massive collection for only $29.99 per month.

If you want to hear the V Collection in action, you can listen to anyone of my tracks, but this example highlights its uses for film scoring best:

It often goes unnoticed, but I frequently integrate Reason 11 into my Logic Pro X sessions. It’s now easier than ever with the Reason 11 Rack Plugin.

For those of you that don’t know, Reason 11 is also a DAW.

However, it’s MUCH more than a DAW. It’s more of a “digital modular rack extension” to any DAW.

If you’re into film scoring and sound design, you’ll absolutely adore Reason 11. It’s got so many sounds right out of the box, but it’s also a never-ending modular playground.

You’d never be capable of achieving similar results with other DAWs and/or plugins.

The software instruments it includes are completely unique and extremely well-designed.

The Reason Factory Soundbank will also give you PLENTY of sounds to work with.

The Reason Rack Extensions marketplace also hosts an array of exclusive plugins that only work with Reason. As I said, it really is a never-ending modular playground.

HOWEVER, that isn’t the case with Reason+ (the subscription plan for Reason).

You can now use Reason 11 for $19.99 per month and try it for free for the first month. I really wish they would’ve done this way back since I’ve been purchasing Reason since version 5.

Oh well, better late than never (that should be their slogan, seriously)!

Here’s a project of mine that uses the Reason Rack Plugin:

If you want to know more about Reason 11, I’ve also written an in-depth product review HERE.

Other sample libraries and software instruments

We’ve basically covered all of the sample libraries and software instruments I personally use for film scoring. However, I wanted to mention some other plugins I’ve been thinking about owning.

If you use the 4 plugins we just finished talking about, YOU’RE SET!!

That being said, here are 4 other products you might consider:

The one thing to note is that these are MUCH MORE expensive.

There’s also no financing options I know of (except maybe Komplete 13).

You’ll notice that most of the sample libraries offered by these manufacturers have already been covered by the instruments we’ve already looked at.

However, that doesn’t mean that you can’t use more.

At some point or another, every composer outgrows his/her current toolbelt.

That’s why I think it’s important to keep your eyes open for sales!

I wouldn’t purchase any of these if they weren’t on sale, so take advantage when they are.

If you’re looking for a FREE orchestral sample library though, you may want to check out ProjectSAM. They actually offer a pretty comprehensive library free of charge.

If nothing else, I hope that you at least download that library.

Of course, you need to take into consideration that the sample libraries and software instruments listed here are my PERSONAL preference.

You may want to use different tools and that’s alright!

I just wanted to share what’s worked for me since it took me years to finally discover and start using each of these wonderful plugins.

It’s also worth noting that each sample library and software instrument you decide to work with WILL have a learning curve (that’s normal).

That’s why I recommend starting with one at a time.

There’s nothing worse than having too many tools and not knowing what to do with them.

You may need to spend DAYS exploring Composer Cloud.

Take the time you need and get to know your sounds.

I can’t stress how important this step is. Create collections/playlists/favourites if that’s how you prefer to work. Just learn to work efficiently, it’ll save you HOURS or time and energy.

Categorizing things by genre/style is usually the way I like to do things.

Once you get up and running though, I’d like to hear which of these instruments is YOUR favourite!

Let us know in the comments and if you have any questions about any of the sample libraries/software instruments we covered today, feel free to ask as well.

Thanks for your time, now go make some music!