Before finding out about the Sennheiser e 602-II Cardioid Dynamic Kick Drum Microphone, I was on the verge of purchasing the Shure BETA 52A. In terms of sound, they’re almost identical, but I was looking for the best kick drum mic for the money. It’s only slightly less expensive, but…  The Sennheiser e 602-II provides much more value for your dollar!

If you’re looking for the best kick drum mic for the money, you’ve most likely considered the Shure BETA 52A. It’s probably the most popular microphone for recording kick drums, but that’s only because the Sennheiser e 602-II hasn’t been getting as much attention. However, that’s probably because it hasn’t been on the scene long enough… In the hopes of popularizing the Sennheiser e 602-II, I will be highlighting the elements that make this kick drum microphone the best (regardless of the money)!

Most of Sennheiser’s products are made in Germany (others in China). What surprised me the most about the e 602-II was that its production hadn’t been outsourced.

However, my pair of affordable Sennheiser HD280 Pro were also made in Germany! 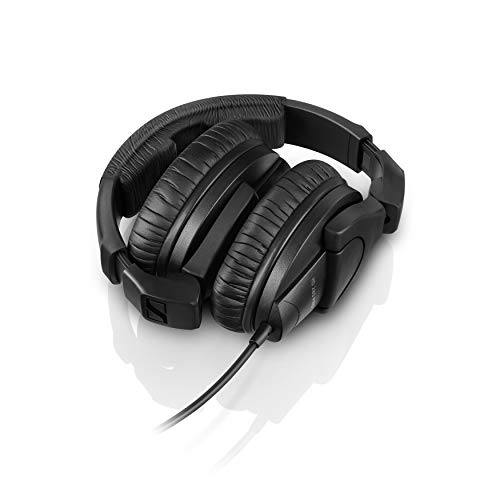 The question you’re probably asking yourself is “does that even matter”. Shure microphones are mostly made in Mexico/China and few are made in the USA (the pricier products). Does that mean that Shure’s manufacturing process is less adequate? [3]

The answer is that both companies employ rigorous quality standards!

It doesn’t really matter WHERE the microphone is made, it’s WHO’s making them that matters.

That being said, German-made products have certainly developed a reputation for durability. Just think of companies like Braun. Sennheiser is another one of those companies who’ve ingrained the impression of reliability into their customers’ minds.

Considering the price point, it’s most likely that the Shure BETA 52A is made in Mexico/China.

However, you must know that Shure microphones (like the SM57/SM58) are indestructible!

The best kick drum mic for the money is roadworthy

Since we’re starting to consider the durability of the Sennheiser e 602-II and Shure BETA 52A, we should probably talk about their construction. One of the main things that make the e 602-II unique is the fact that its TWO TIMES lighter than the BETA 52A.

Now, we simply need to consider if that’s to our advantage…

Sennheiser’s kick drum microphone weighs 318 grams while Shure’s weighs 605 grams. The reason being that the e 602-II is made of aluminum which is much lighter than die-cast metal. So, one of the main differences between these two kick drum microphones is their construction.

Which one is the most roadworthy though?

I think it’s obvious that the Shure BETA 52A could stand much more abuse. However, the Sennheiser e 602-II is also considered roadworthy!

Aluminum is more durable than we think, so it could probably survive a few falls. I wouldn’t run it over with your car though… I only say this because it’s been done with the Shure SM57 and the microphone was still working afterwards!

Both of these kick drum microphones also include carrying cases.

So, I think the Shure BETA 52A would be the most “roadworthy” kick drum mic. However, I think the Sennheiser e 602-II is much better for the studio. It’s light-weight design makes it much easier to work with when it comes to microphone placement.

I wasn’t looking for something for the road either way, but if you were… I still think you’d be better off with the Sennheiser e 602-II because of its warranty.

That’s right, the Sennheiser e 602-II features one of the longest warranties in the industry. It’s not surprising coming from Sennheiser, but it’s remarkable for the best kick drum for the money.

However, the warranty Shure provides for wired microphones isn’t as remarkable. 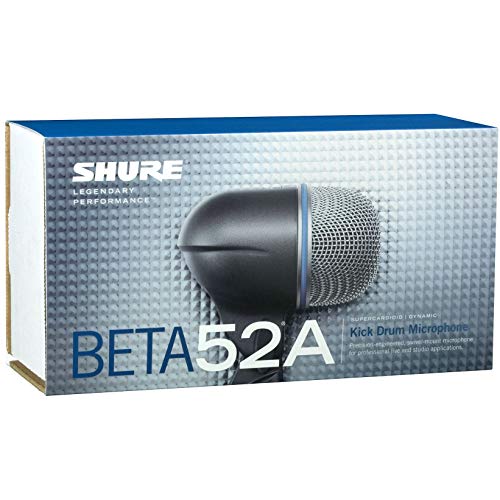 The Shure BETA 52A includes a limited 2-year warranty. Remember, we’re talking about manufacturer’s defects here (not accidents). Shure microphones are probably the most durable, but what if something goes wrong on the inside?

Even assembly lines in Germany can make mistakes!

That being said, I feel much more comfortable using microphones that have 10 years or warranty versus 2 years of warranty. I’m still going to take care of my Sennheiser e 602-II, but 10 years is a long time for such an affordable kick drum mic.

However, one of the disadvantages with the e 602-II is that the parts aren’t replaceable.

On the other hand, the grille/cartridge are replaceable on the Shure BETA 52A.

That kind of makes up for the warranty, but the parts aren’t free. It’ll dramatically increase the lifespan of your microphone, but at that point, wouldn’t we be better off purchasing a new one?

After 10 years, I’d be more than happy to buy another Sennheiser e 602-II (or something else)!

The best kick drum mic for the money is louder

When shopping for microphones, one thing that we most often overlook is output impedance. It’s extremely important with dynamic microphones because they’re low-impedance instruments.

I’ll still be recommending a device later that’ll improve your signal but by default, the Sennheiser e 602-II is louder than the Shure BETA 52A. 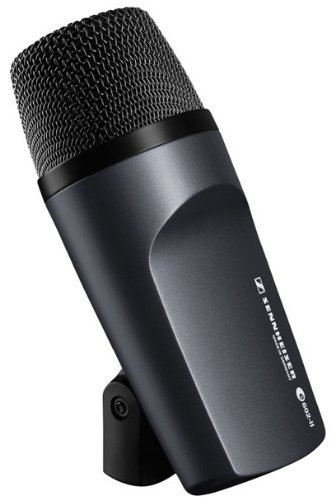 With more than double the output impedance, the e 602-II puts out 350 ohms compared to the BETA 52A at 150 ohms. It means that you won’t need to crank up your gain and that you could potentially place your microphone further from your kick drum.

In other words, you’ll have more versatility with the Sennheiser e 602-II.

You’ll also have the ability to record other low-frequency instruments with less output. For example, upright basses are much quieter than kick drums, so you’ll need a microphone with higher output to get an excellent sound.

However, both of these kick drum mics were designed to handle extremely loud sounds.

You’d most likely cut any frequencies above 10,000 Hz during the EQ stage anyway.

The only thing I like about the extended frequency response is that it gives you more flexibility. The Sennheiser e 602-II can most likely be used for instruments outside the low-frequency spectrum. It can yield interesting results!

Either way, I personally think the Sennheiser e 602-II has more to offer.

Although it hasn’t been around as long as the Shure BETA 52A, the Sennheiser e 602-II has the potential of becoming the new industry standard for kick drum microphones. It’s got some contemporary features that really make it stand out from its competition.

You’ll only read good reviews about this microphone and most people claim it’s better than most of the more expensive options out there!

The one thing I prefer about the Shure BETA 52A though is its supercardioid polar pattern. It’s slightly more focused than the e 602-II because of that, but it’s not significant enough to make me regret my decision.

However, you can make either microphone and all your other dynamic microphones sound even better by using the TritonAudio FetHead. It’s one of the most overlooked devices for microphones, but it makes such a noticeable difference.

Basically, it’ll make your microphone louder and more responsive in terms of dynamics and frequency response. The effect is comparable to using DI boxes for instruments.

It also enhances the signal-to-noise ratio (read more about it here).

Either way, I hope you’ve found the information you were looking for to make your decision. I basically guided you through my own thought process for deciding which of these two microphones would be the best kick drum mic for the money.

If you were considering the Shure BETA 52A like I was, I hope I’ve managed to present you with an interesting alternative. I still believe both of these microphones have their place in the recording studio, but I personally preferred the advantages the Sennheiser e 602-II had to offer. The BETA 52A has been around for quite some time, so I think it’s time for the e 602-II to take the spotlight. I hope you’ll consider using it on your recordings! If you found this product review insightful and would like to receive more recommendations, consider subscribing to my weekly newsletter. As usual. I thank you for your time and your dedication to making the best music using the best tools!